MIMIC simulated devices from different vendors and types.
We have posted some of the images here.

In these images you can see that NNMi has discovered all the
devices and is displaying a nice topology of various routers
and switches. You can drill down and see the detailed device
configuration.

You can also see that it is graphing counters at real-time and they
are increasing at a predictable rate set by MIMIC Simulator. It is
very easy to create variations in counters using the MIMIC GUI or
a script. 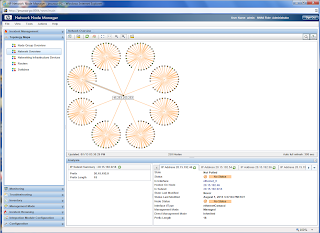 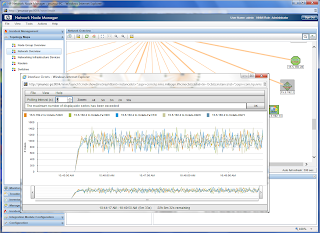 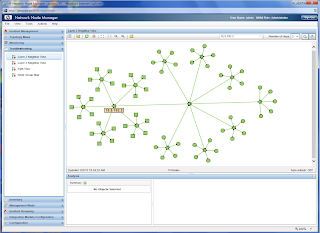 Posted by Gambit Communications at 11:06 AM No comments:

This post describes a network available for download in
MIMIC SNMP Simulator's network library: a Juniper network in  an
MPLS configuration.

Each of the PE routers serves multiple MPLS network points of presence.
For example, R2 hosts the red and blue VRFs as well as the green VPLS.
Each MPLS instance is indexed by a different SNMP community string.
The VPLS topology includes 1 MPLS VPLS; the mBGP VPN topology
includes 2 MPLS VPNs.

Posted by Gambit Communications at 10:36 AM No comments:

This is for all providers of network management applications.

Submit your applications to us for the scalability testing. We are looking to run your network
management applications against MIMIC SNMP/NetFlow Simulator with 50,000 to 100,000
simulated nodes.

Once tested, we will provide you the results and create a demo. We can publish the results
or stay confidential, at your discretion. Publishing will greatly improve the visibility of your
application. 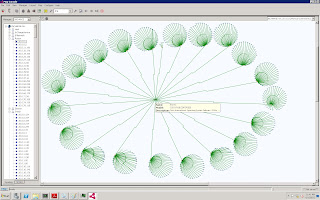 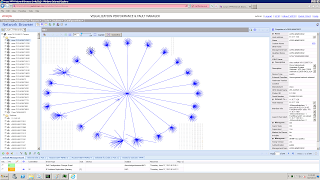 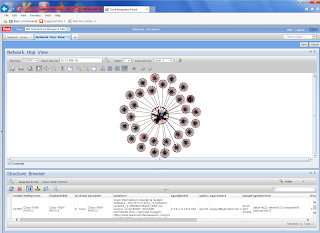 Posted by Gambit Communications at 9:09 AM No comments: