Anatomy of a virtual sales demo appliance for network management

Anatomy of a virtual sales demo appliance for network management

Traditionally, providing a sales demo for network management software meant setting up a
physical environment featuring the desired variety of networking equipment to cover the sales
demonstration to the particular target customer.

Furthermore, most sales scenarios required complicated setup, and required travel to the
customer site, or trade shows, or time-sharing of central facilities in a sales demo lab or
web-site. These limitations made such demos cost prohibitive, resulting in small-scale, static
demos that did not materially impact sales conversion.

With the advent of ubiquitous virtual machines (VMs) and network simulation, sales demo labs
can be provisioned cost-effectively by implementing virtual demo appliances on either public or
private clouds. Bundling the management app and MIMIC Simulator on a VM image, allows the
sales staff to instantiate as many demo labs as needed at any point in time, and for the sales
associate to access the demo environment over the Internet whenever and as long as needed.
Realistic self-service sales demonstrations can be provisioned automatically. 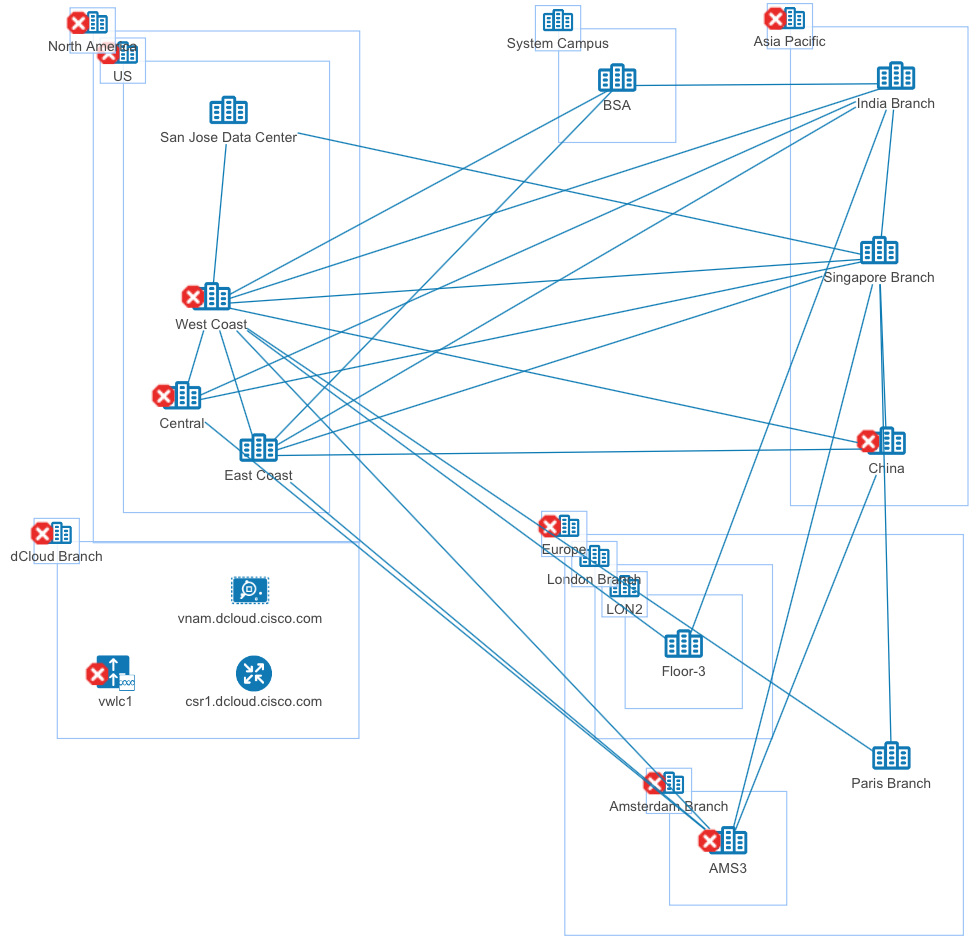 Benefits of cloud based sales

Besides the obvious benefits of reduced sales cycle and higher conversion due to targeted
demonstration of a variety of features, higher customer satisfaction and more customer loyalty
(thus, repeat business), here are some additional advantages of appliance-based sales:

Multiple on-demand demo and training sessions can be scheduled without
worrying about conflict or sharing.

On-demand pre-sales training can be used for application
evaluation. With a larger variety of scenarios, demos can be
tailored to the customers needs.

Many potential customer take a long time to setup the test lab
and install the application for the evaluation. An online demo can
get them started on playing with application earlier so they can
already get familiarized with the features. When the lab gets ready,
they can directly start on testing the specific needs. This reduces
the sales cycle significantly. 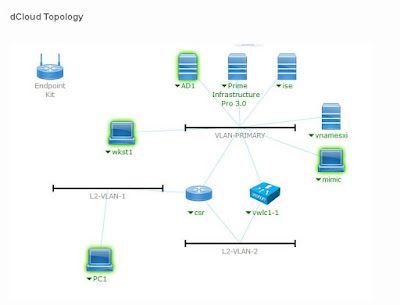 Other such sales demo appliances can easily be implemented as an on-demand, single-tenant
offering. Similarly to traditional software installations, the network management application is
installed in a VM environment along with MIMIC Simulator. The simulator transparently provides
a scalable, dynamic network environment to be managed by the application. The customer and
even the sales associate driving the demo usually do not know what is running behind the
scenes.

Many R&D and Quality Assurance departments already test network management applications
against MIMIC Simulator. They setup the simulator to provide predictable, repeatable,
regressionable scenarios that run the management software through its paces. Those
scenarios can be adapted for sales demos.

An extra customization adds a simple demonstration scaffold to provide the sales staff a
user-friendly choice of scenarios to demonstrate. Each scenario configures the simulator to
create a particular network configuration and traffic patterns to impact the management
application. For example, a faulty configuration or an attack scenario can be simulated to show
troubleshooting procedures.

Once a snapshot of this VM lab is saved, any number of independent instances can be
provisioned for the required demo periods. The cloud framework isolates each of the VM labs
from each other, preventing them from affecting each other.

A combination of MIMIC Simulator and network management application bundled on a virtual
machine provides cost-effective, on-demand sales demonstrations tailored to customer needs.
Deploying this appliance on the public cloud scales the demo resources at incremental and
predictable cost, enabling precise cost/benefit analysis when integrated into the sales CRM
environment.

Posted by Gambit Communications at 12:30 PM No comments:

Train your network operators like airline pilots with MIMIC Simulator

When commercial pilots train for disasters it's not with Microsoft Flight
Simulator, but something more like this realistic simulator.

You too can avoid outages like the recent Southwest grounding by training
your network operators to handle unforeseen scenarios with the industry-
leading MIMIC Simulator.

Create network labs that approximate your production network and play
out complex scenarios on demand to implement / test / train network
management policies. Train your IT staff with all the latest devices and
various network environments. That way they are prepared when a disaster
happens and resolve it quickly. 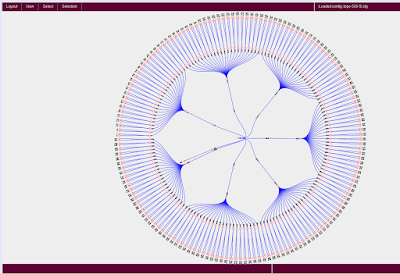 Posted by Gambit Communications at 8:43 AM No comments: 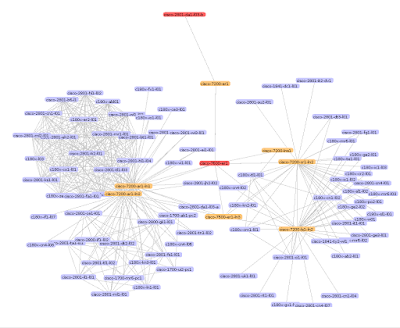 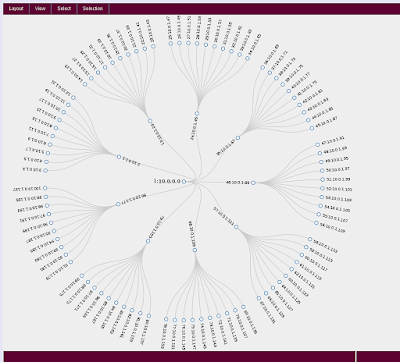 Too symmetric? Spend a couple of minutes more and create something like this: 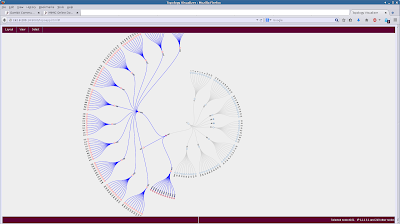 Posted by Gambit Communications at 6:47 AM No comments:

If your large-scale IoT application has latency requirements, you want
to do long-term testing to ensure your environment satisfies those
requirements.

We ran the end-to-end latency test as shown in this published video
with MIMIC MQTT Simulator against a third-party MQTT broker setup
overnight, and graphed the latency reported by our subscriber client
action script with Grafana.

The setup simulates 3000 MQTT clients, of which one is the subscriber
that measures round-trip delay of published messages to unique topics.
This tests a common fan-out scenario.

We did not expect to find anything interesting. The attached picture
shows a good steady state, with average and max latency times below
and around 500 msec (respectively) ... most of the time.

But, there are 2 instances where max latency times are above 1 second.

If your IoT application requirement is latency times below 1 second,
you'd be worried, and would need to start investigating. Without this
test you would never know about any long-term problems in your setup. 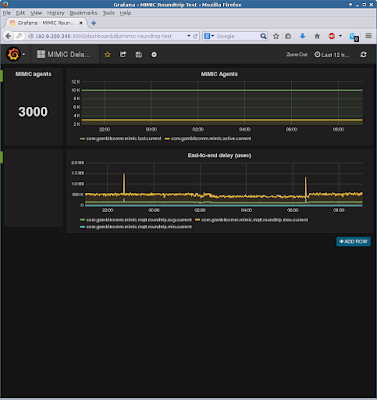 Posted by Gambit Communications at 8:31 AM No comments:

We have recently simulated many sensors with MIMIC MQTT Simulator
publishing arbitrary messages to a subscriber client connected to
Azure IoT Hub as a proof of concept of large-scale testing of IoT application
deployment using this platform. 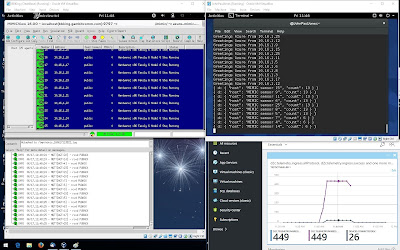 Posted by Gambit Communications at 8:51 AM No comments: