Take a look at this report  by Gartner's Research VP Sean Kenefick
about  testing IoT solutions. It mentions MIMIC Simulator as a test tool.

"... An IoT solution may be made up of hundreds or thousands of devices. To
test all of the devices in their real environments may be prohibitively
expensive or dangerous. However, you also need to ensure that your IoT
platform and back-end systems can handle the load of all of those devices
and correctly send and receive data as necessary."

Posted by Gambit Communications at 5:39 AM No comments:

The task to set up a lab for training your staff on Dell OpenManage
Network Manager is expensive and time-consuming. You have to
acquire the equipment, set it up, maintain it and customize it to
reproduce scenarios that you want to practice on. This has been
covered in a previous post.

This is where a network simulator like MIMIC Simulator can help.
Rather than setting up a physical lab that reproduces your production
environment, and scheduling time on this limited resource, you can
import it into MIMIC and multiply it many-fold so that each
of your operators can train on exactly the scenarios you need. 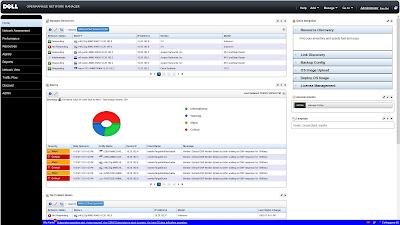 For example, these were scenarios we setup quickly with the simplest
out-of-the-box network that ships with MIMIC: it discovered the
topology shown 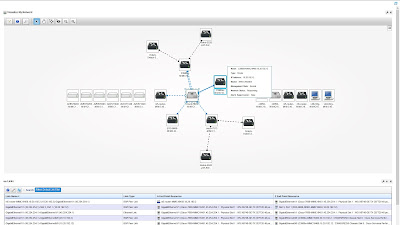 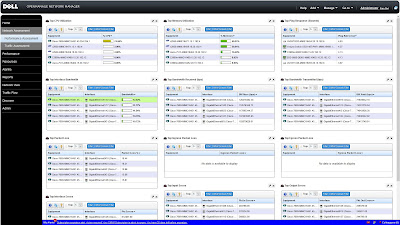 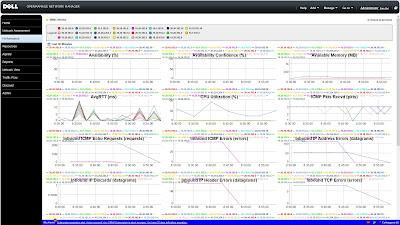 We then setup some alarms and they show 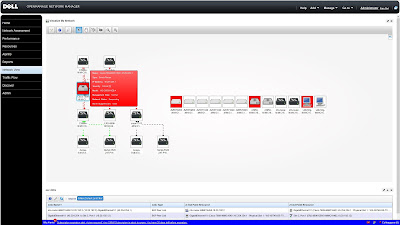 To investigate who is generating the top traffic, we could pinpoint
the source of the problems. 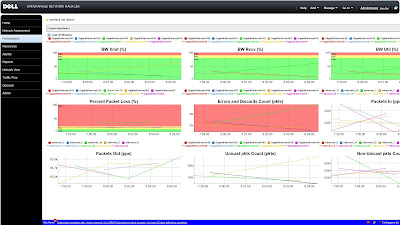 Ask yourself how much effort this simple exercise is in your network.
Prepare your staff for contingencies before it costs you much more
in network downtime.

Posted by Gambit Communications at 7:46 AM No comments:

The Samsung Artik IoT platform exports an API that you can use
to programmatically retrieve and change your device information.

This REST API can then be used in a variety of ways to control your
IoT implementation. In our case, we used it to define the devices that
interact with Artik, eg. for this Youtube video .

One of the ways is through the Node-RED graphical programming
environment. This small setup 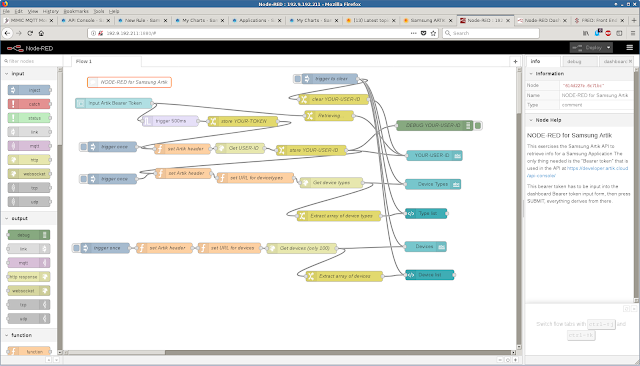 allows us to retrieve the device information for our purposes with a
couple of clicks. From an initial state as shown in the Node-RED dashboard 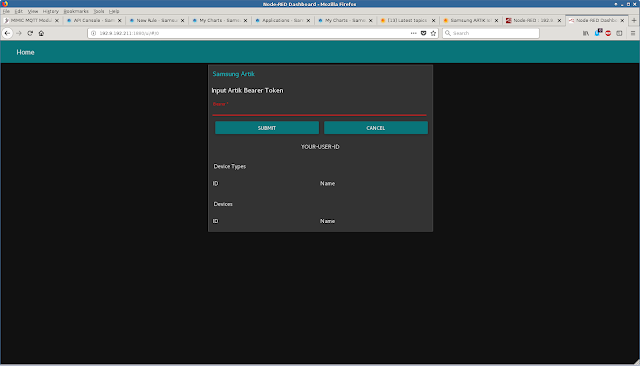 by entering the single Bearer Token of the Artik API, it retrieves the
UserID, registered Device Types and Devices with a couple of clicks on
the trigger nodes. 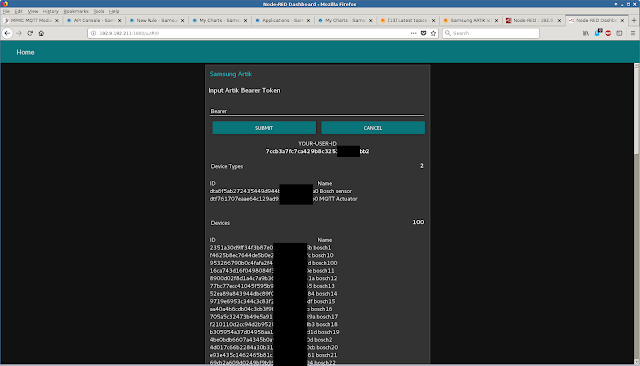 By saving this information into a file, we can define those devices
as simulated sensors in MIMIC MQTT Simulator
Posted by Gambit Communications at 8:09 AM No comments: