FYI, we have published a new MIMIC Simulator 10.30 Performance Report

This report is part of a series meant to answer the question "which
combination of hardware and software performs the best for a particular
SNMP simulation scenario?".

In this report we focus on the 64-bit executable version of MIMIC. The 32-bit version is documented in a separate report. The 2 versions run comparably for all platforms, overwhelmingly within single-digit percentage difference, except for Windows 7, where 64-bit runs around 20% slower for some cells in the 2,000 and 5,000 agent configurations.

As we have seen in past reports, the Windows OS versions successively perform worse in our standard SNMP performance tests. Windows Server 2003 performs best, followed by Vista and Server 2008 (although it is a toss-up between those 2, depending on your requirements), and finally Windows 7 performs worst.

The following matrix compares Windows Server 2003 to Windows Vista. The 2 versions are about even (within single-digit percentage difference) for 10 and 100 agent configurations. But, for 1,000 to 5,000 agents, Windows 2003 outperforms Vista (red cells), even though Vista seems to perform better for low agent numbers.
..." 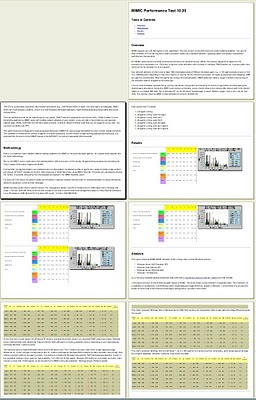 Posted by Gambit Communications at 11:32 AM

Your topic was great! Great information. Really enjoyed reading the tips. Keep up the good work. Thanks for taking a moment to draft such an interesting piece…
Software Testing Tools