This report is part of a series meant to answer the question "which
combination of hardware and software performs the best for a particular
SNMP simulation scenario?".

The summary is:
"...
This report documents the performance differences between the recently
released Fedora 13 and Windows Server 2003.

Previous performance reports had established Windows Server 2003 as the
clearly best performing Windows platform to run MIMIC on. This report
establishes how much faster MIMIC 10.30 runs under Fedora 13.

The first table shows the difference for the 64-bit executable
performance between Windows Server 2003 (left) and Fedora 13 (right).
Fedora 13 greatly outperforms Windows 2003 everywhere (green cells) by
as much as 24-fold at 20,000 agents.

The second table shows the difference for the 32-bit executable
performance. The difference is not as dramatic here. While Windows 2003
is better than Fedora 13 between 3% and 5% for 4 cells at the low end
(red cells), Fedora 13 greatly outperforms Windows 2003 everywhere else
(green cells) by as much as 7-fold at 10,000 agents.
..." 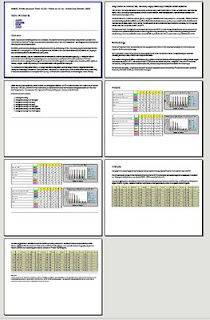 Posted by Gambit Communications at 9:43 AM