FYI, we have released a network in the MIMIC Network Library with 98 routers
connected by OSPF routing tables. To show interoperability with third-party software,
this simulated network was discovered by traversing the SNMP agents, and visualized
by the open-source OSPFVIZ tool, shown below. 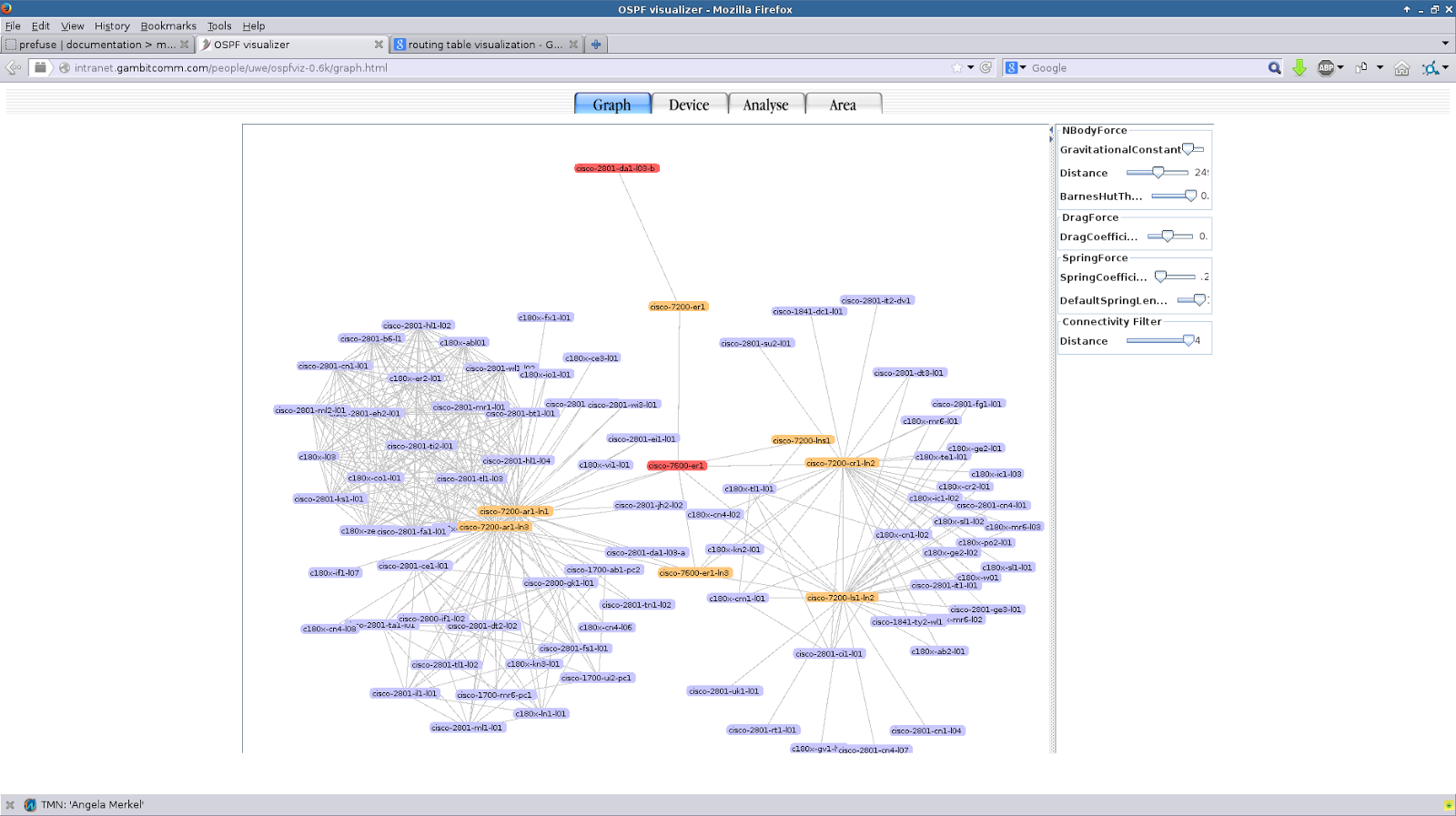 Once you reduce distances from a selected node, you can visualize sub-areas, for
example this shows nodes at distance 3 and less from the top node: 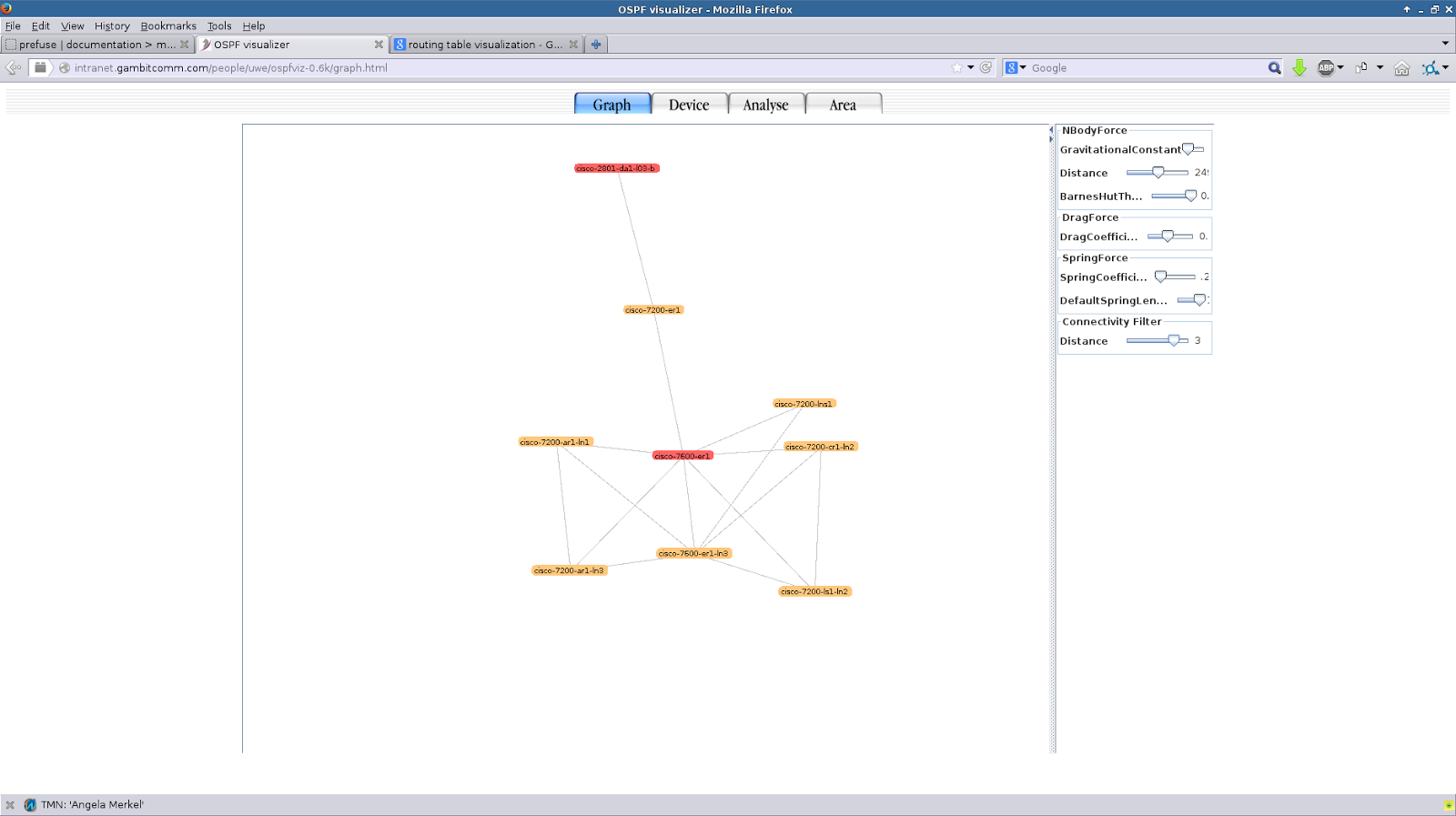 This shows CA SPECTRUM topology of the same network: 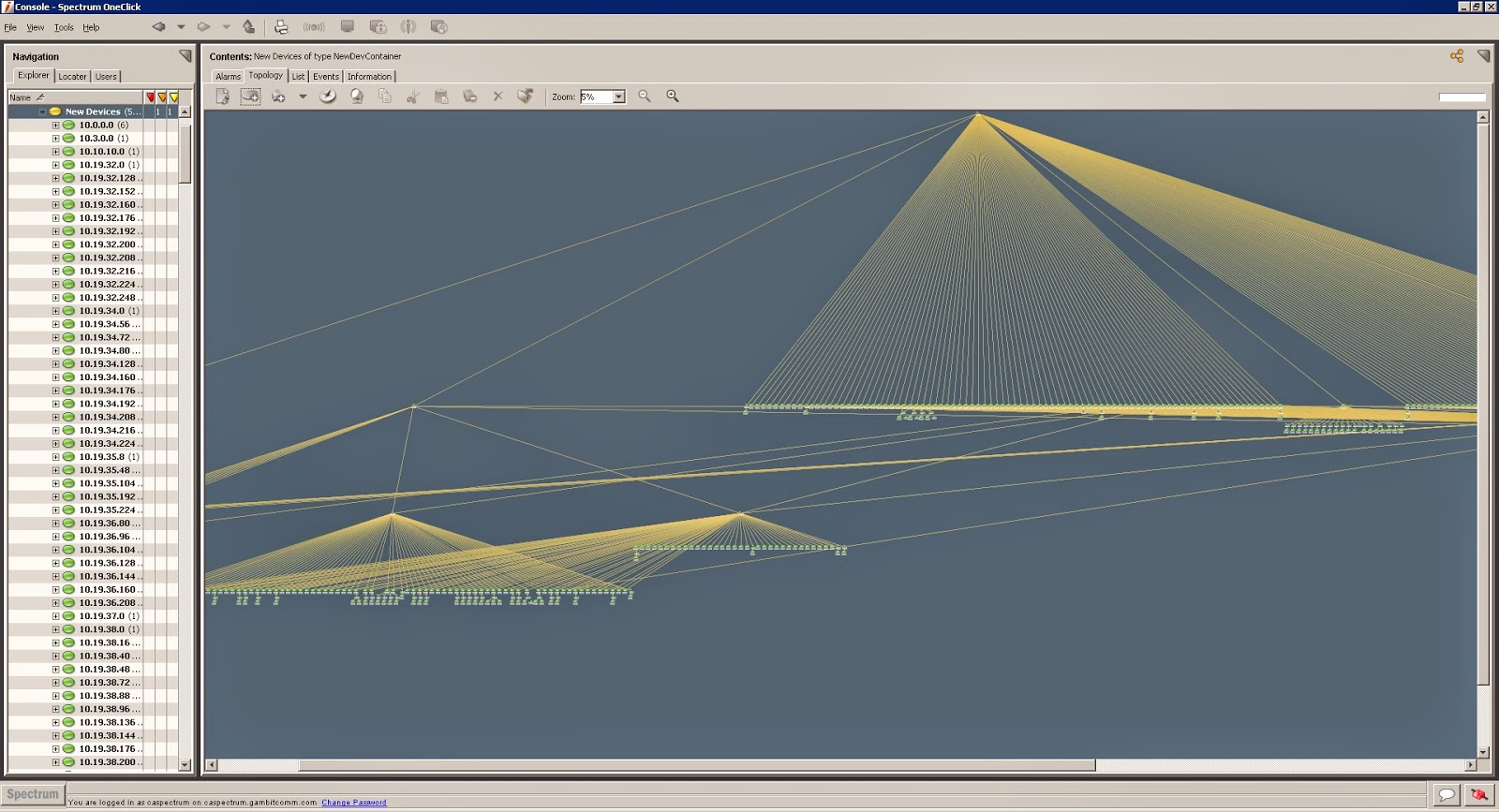 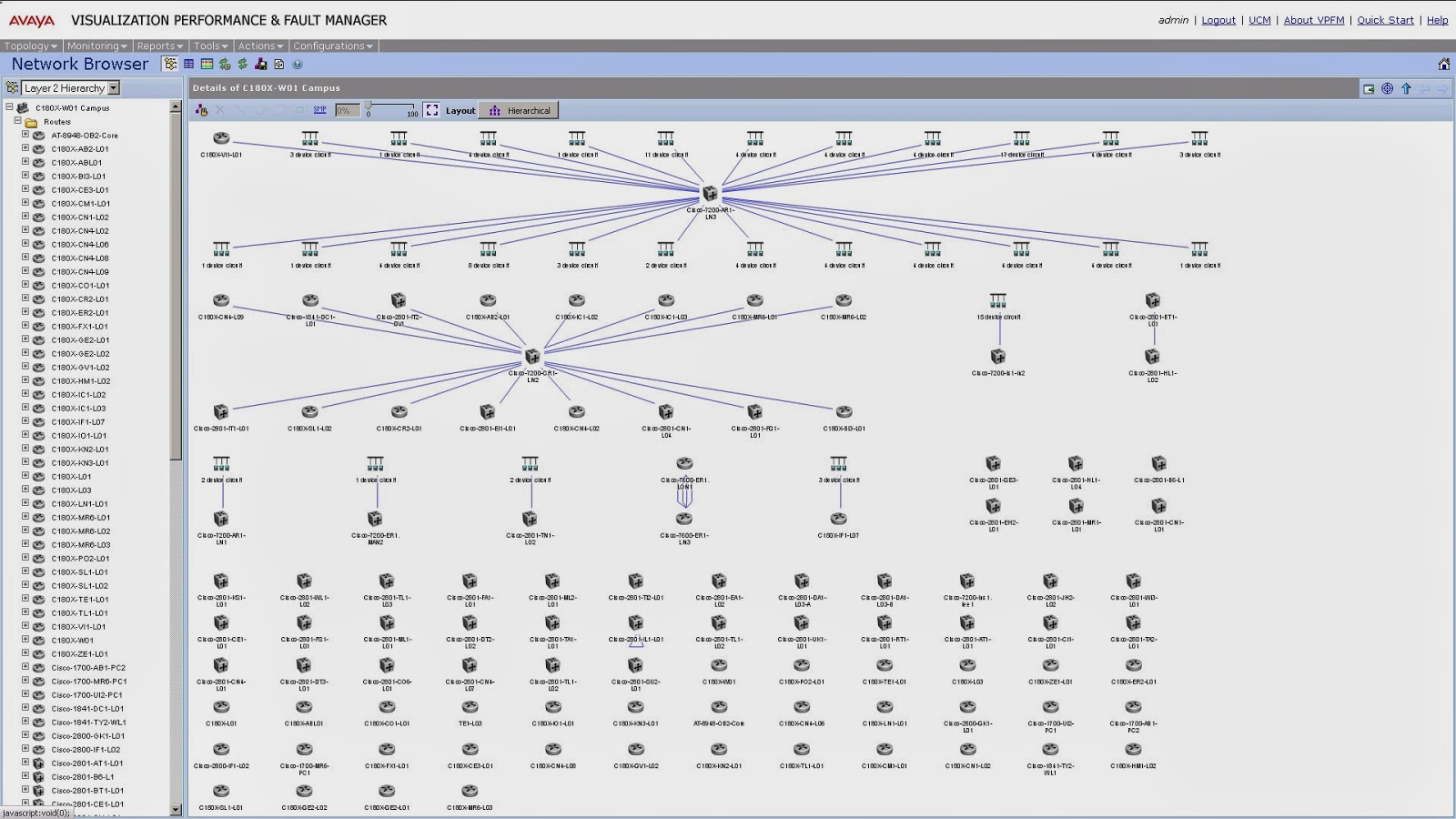 Posted by Gambit Communications at 11:31 AM