In a previous post we have detailed the tradeoffs of building your own SNMP
simulator. In the end it comes down to return on investment (ROI): do you
want to spend time and effort (thus $$$) on something that is not your core
competency?

In this post we lay out the technical reasons to choose a commercial
solution like MIMIC SNMP Simulator   over a free, open-source version if you
want to simulate more than a the simplest scenario on more than a small
scale (a few dozen devices):

1. performance: in order to perform adequately, a simulation has to satisfy
the equation

But, even if you have a powerful server on the simulator side, open
source solutions will likely not use that power. They are single-threaded,
running all your simulated devices in a single thread, regardless of the
power of your server. A good commercial solution will use all the CPU
power of the machine to handle the required performance. In addition,
it will scale up with the CPUs / memory.

MIMIC Simulator is designed to be highly scalable, and openly publishes
its performance results.

2. customizable responses: in the real world each device returns unique
values for MIB objects. For a simplest example, the sysDescr may be
the same for 2 devices of the same type, but sysName will likely have
different values. Similarly, topology or chassis objects and performance
counters will all have unique values. A commercial simulator will allow
you to easily customize the values for each of the device instances in
your simulation. This allows configuring large topologies such as in
in this post. 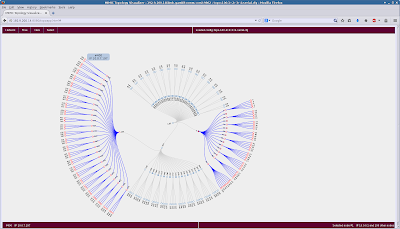 3. run-time changes to values: 10% of a devices instrumentation is
static, ie. the vast majority of the MIB object instances will change
value over time. Even further, MIB object instances in tables will appear
and disappear. For example, the interface statistics are highly dynamic,
and log table entries rotate.

A good simulator will allow for a highly dynamic simulation that changes
from one second to another to re-create whatever scenario you require.
Not only that, but those scenarios should be easily reproducible so that
you can implement regression testing. 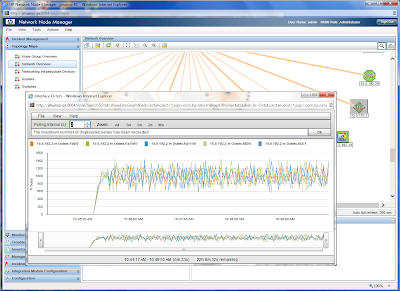 4. multiple management protocols: in modern environments, SNMP
does not operate in a vacuum to manage your environment, but is just part
of a group of protocols like NetFlow, sFlow, command line interfaces (CLI)
such as IOS and JUNOS, Web Services like REST, SOAP, Redfish, etc.
If your management application uses any of these in conjunction with
SNMP then your simulator should too.

Not only should will a good simulator support the protocols you require,
but the view through any of these protocols should be consistent with each
other. For example, if the NetFlow flows show high bandwidth utilization
for an interface on a router, so should the SNMP counters. 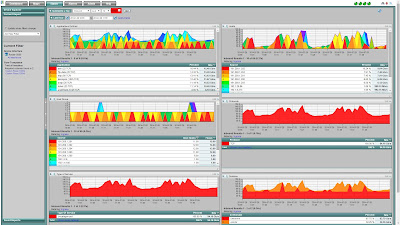 5. record your environment: since it is likely that you'll want to
simulate a real-world environment that you are interested in, recording
that network and importing it into the simulation should be easy.

A good simulator will have a facility to take a snapshot of a real-world
network and create a facsimile without much effort, similar to MIMIC's
Discovery Wizard. Alternatively, you should be able to add onto a simulation,
for example like MIMIC's Topology Wizard.


6. APIs in your favorite language: in addition to a user-friendly GUI
to customize your simulation, a good simulator will have a variety of
language bindings to control the simulator. Since everyone has their
favorite language, the simulator should not force you to become proficient
in one you don't use. MIMIC has Java, Python, PHP, Perl, Tcl and C++
bindings to its API. In fact, the MIMICview GUI is open-source, and it's
PHP implementation is available on Sourceforge.


7. robustness: finally, a simulator should be stable and not crash.
MIMIC Simulator has been deployed in a 24/7 cloud-based CCNA training
appliance for more than 10 years serving thousands of customers.
Add in programmability, it should be good enough that it is invisible, like in
online virtual sales appliances like Cisco's dCloud.

Posted by Gambit Communications at 12:52 PM