Training on HPE NNMi for your Devops

What you want in a training environment is an on-demand, predictable
scenario that addresses issues faced in your production network, and
allow experimentation without impacting that network.

With the advent of ubiquitous virtual machines (VMs) and network
simulation, training labs can be provisioned cost-effectively by
implementing virtual training appliances on either public or private
clouds. Bundling the management app and MIMIC Simulator on a VM image,
allows the training organization to instantiate as many training labs
as needed at any point in time, and for the trainee to access the
training environment over the Internet whenever and as long as needed.
Realistic self-service training sessions can be provisioned automatically. 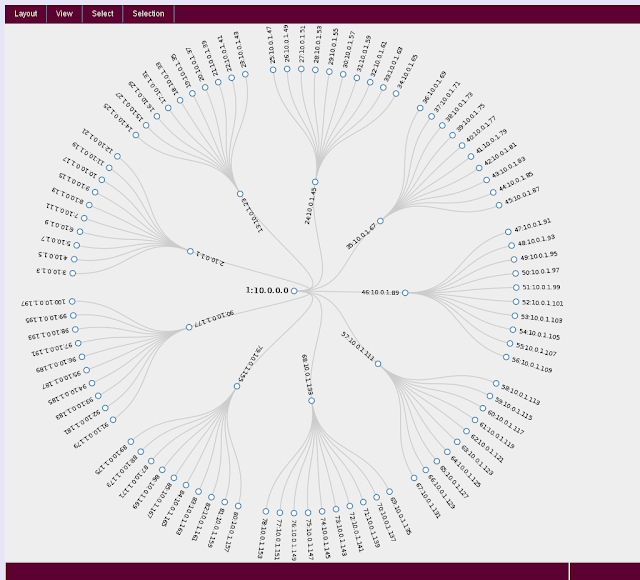 to illustrate routing and switching concepts.

For example, in this scenario we have simulated a network of 250 SNMP agents
with MIMIC SNMP Simulator which was discovered by HPE Network Node Manager.
MIMIC simulated devices from different vendors and types in addition
to runtime-customized interconnecting MIB data.

In the following images you can see that NNMi has discovered all the
devices and is displaying a nice topology of various routers and switches.
You can drill down and see the detailed device configuration. 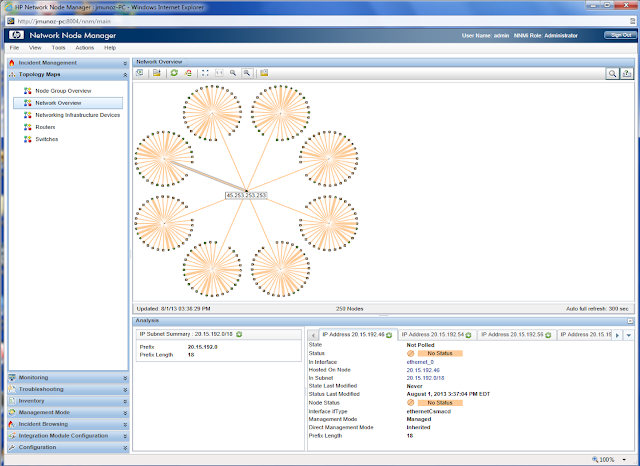 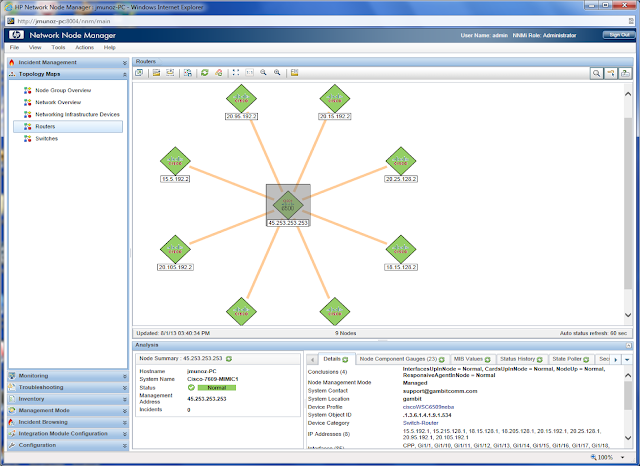 You can also see that it is polling and graphing counters at real-time and they
are increasing at a predictable rate set by MIMIC Simulator. It is very easy to
create customized variations in counters using the MIMIC GUI or a batch script.
In training scenarios, the user usually does not even know that a simulator
is running behind the scenes. 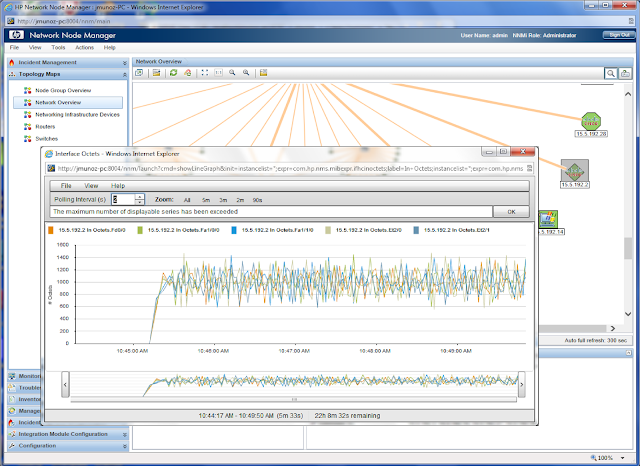 Posted by Gambit Communications at 8:55 AM